Posted on January 4, 2012 by LibertyInsight 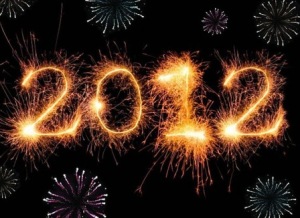 Part 2 of this post is the good stuff– where I get to make my bigger, badder, crazier predictions for 2012. You would think I would learn my lessons on making aggressive predictions after my virgin foray into the prognostication business last year, which I evaluated in part 1.

But as I said last year, for predictions to be worth anything, they need to be bold, original and based on reasoning. So, this year I proceed, undaunted, with some bold, contrarian, off-the-wall predictions for next year’s ridicule fodder.

Silver was my worst call from last year so I figured I’d start my 2012 predictions off with a bang. Predicting an asset to rise 100% in a bad economy? What am I crazy? Crazy like a fox. A rise to $60 would only be a 25% gain from the 2011 high of $48 in April. At that time, silver had risen too fast and was due for a pullback. The CME group turned the pullback into an all out beat down as they raised margin requirements five times in eight days for a total increase of 85%. This shook out a lot of week hands and put a much stronger, less leveraged foundation in for silver. Silver was edging back up in the fall when the MF Global bankruptcy and rehypothication of customer funds sent shockwaves through the commodities market and further beat down silver. At the same time, under-capitalized european banks were likely selling gold and silver to raise capital. In the mean time, the fundamentals for gold and silver have only grown stronger with all major central banks printing boatloads of new money, and industrial and investment demand outpacing supply.

Demand for just silver American Eagle coins is now outpacing all mine supply in the U.S. The same thing is happening in Canada. Get yours while supplies last!

$60 silver is my base case. I believe the MF Global scandal caused many investors who thought they owned physical gold and silver through paper futures contracts in margin accounts to rethink that position, and shift out of their leveraged positions and into physical metals. This initially brought down the spot price (which is based on paper trading) but a lot of the leverage has been shaken out. The other factor that could increase the demand for physical gold and silver is the new Pan Asian Gold Exchange set to open this year which will offer 1:1 fully allocated gold receipts. There is a real shortage of physical silver, and if just a small fraction of investors shift to physical silver and the COMEX is unable to deliver physical metal in a timely manor, the price of the physical metal could explode. Silver could shoot to $100 and beyond.

Unless you want to end up like MF Global clients, stay away from paper silver, such as futures and the SLV ETF. Instead, buy physical metals and good mining companies.

U.S. Treasuries have been in a 30 year bull market as the 10 year bond chart below shows. 2011 was another good year for Treasuries as they beat out nearly every other asset class including stocks, gold, and real estate.

2012 will be the year when the party ends!  According to Bloomberg, the U.S. will need to refinance $3 Trillion worth of debt including interest payments. That is in addition to whatever new borrowing we need to cover our deficit which is likely to be over $1.5T. And in competition with the $5T the next top 10 countries need to borrow.

China seems to have topped out on their Treasury purchases and became a net seller in Q4 2011 for the first time in years. Various Chinese officials have stated the need to diversify their foreign exchange holdings out of U.S. Treasuries and add to their gold position which currently makes up just 2% of their foreign reserves. Japan added $100B in Treasures in 2011 (mostly to keep the Yen from rising). But as their internal savings rate goes negative and their own interest rates rise, they may need to reverse this trend and become sellers of U.S. bonds.

The Federal Reserve’s power to maintain low rates on the long end will diminish in 2012. Operation twist, where the Fed sells short maturity bonds to purchase long maturity bonds runs out in June. They will probably need to institute QE3 (or whatever we’re up to) well before then. But each new round of QE is less effective at keeping down rates as it means more inflation, requiring higher rates.

I’m looking for the double inverse long treasury ETF, TBT, to do very well in 2012.

The yearly average WTI crude oil price rose steadily for the past decade until topping out at $91.5/barrel in 2008. The financial crisis shot the yearly average down to $53.5 in 2009, $71.2 in 2010 and $94.9 in 2011. Sustained oil prices above $100 will be a burden on the economy and could be one of the triggers for a second crash like we saw in 2008. But wouldn’t a market crash send oil prices down again? Yes, but the Fed stands at the ready to step on the money printing accelerator. If tensions rise with Iran, we could see some serious spikes. All told, it could be a bumpy ride, but I think it averages out a bit over $100.

4. The debt ceiling will need to be raised before the election.

In a few days, President Obama will ask congress to raise the debt ceiling by $1.2 trillion to $16.394T.  According to the Treasury Dept., this is expected to last through the end of 2012 and after the Presidential election on November 6th. If you ask me they’re cutting it a little close. They may be able to string it along a few extra months with accounting gimmicks to get it just over the wire but I doubt it. It’s more likely, they’ve overestimated revenues and underestimated expenses as they always seem to do. The odds of another major unforeseen expense like a TARP2, or Europe triggering systemic bank failure, or a “conflict” in Iran, or some other black swan are too great in my opinion. On the other hand, perhaps Obama is counting on this and will use a fall debt ceiling debate to paint the Republicans as a bunch of meanies who want to crash the economy for political reasons.

5.  And speaking of elections, a list of socio-economic predictions wouldn’t be complete without forecasting the President. Barak Obama will defeat Mitt Romney to win the Presidency.

This one pains me. The optimist in me would love to predict that Ron Paul can pull it out. That he can win the Iowa caucus (which is going on later tonight, and no, I didn’t cheat and wait to see the results) and then parlay that momentum into a surprise close second in New Hampshire. That the voters would then see Paul as a legitimate candidate who can actually win, thus negating one of the talking points against him. That his support would grow as voters take a second look and see that he predicted the economic malaise we are in, and is the only one providing real solutions. That the establishment vote would be divided among the status quo candidates Mitt, Newt, Rick, and the rest, and Ron Paul could walk away with a victory.

Unfortunately, the establishment Republicans and the media are terrified of a Ron Paul win and they will do everything in their power to defeat him. If Paul gains traction they will pare down the field by forcing out the secondary candidates. They will continue their propaganda about how Ron Paul wants Iran to get a nuke to blow up Israel, and blames America for 9/11.

That leaves Newt, Rick, and Mitt. Newt has no financing and serious personal and political baggage. Rick has financing and nice hair but lacks brain cells. That leaves Mittens as the innocuous, vanilla, oh-well, choice to be the last man standing. Plus he’s handsome and has a nice voice. At least he was a business man.

As the economy continues to tank and unemployment rises, one would think that Obama would have a hard time getting re-elected. That the Republican candidate could point to the economy and say Obama’s policies are the cause. Mitt will say we need to cut taxes and reduce government spending to get the economy going, which, while correct, is a tough sell when people are struggling. Obama will blame the economy on Congress and promise people goodies (like stimulus spending, more unemployment benefits, student loan forgiveness, and payroll tax breaks) with an optimistic tone, and the scared and weary masses will eat it up. Plus, the diehard Ron Paul fans who comprise about 10% of the electorate will not vote for Mitt, and will either write in Paul, vote for Libertarian Gary Johnon, or sit this one out. Obama’s victory will be within that 10% margin of error.

The silver lining is that millions more people, especially young people will learn Ron Paul’s message. Also, since he won’t be in office, Ron Paul can’t be blamed when the shit inevitably hits the fan during the next presidency (well, they might blame him).

6. The stock market will either go way up, or way down… or stay about the same.

Anybody who thinks they know where the stock market is going is crazier than I am. At this point it’s all up to the Fed (with a little help from the ECB). If they don’t intervene, de-leveraging will cause a major recession and stock market crash. If they print a ton of money, stocks could rise steadily as the “risk on” trade reignites. Skate at your own risk.

7. (Bonus Prediction about other people’s predictions) I predict these analysts will get fired for smoking crack.

Wow! Speaking of predictions, I just came across this article in Bloomberg. Here’s the gist:

Now I’m certainly not a bank analyst and I don’t have access to the information these guys have. I’m just a guy who thinks the economy is in bad shape. Maybe they’re assuming the Fed will continue to lend them free money to speculate with. Maybe they believe the mark-to-make-believe valuations of the loan assets on their books. Hopefully they’ll do better than last year when they predicted a rise in earnings of 32% and earnings fell 18% at those banks.

That’s it for this year. Have a great 2012! If you want to add your own predictions to the comment section I would love to see them. Please make them bold and unique so we can all get a good laugh when we review them next year. Oh, and buy some silver.